EPION Spotlight on… SISC Fidelity Pilot: What & Why 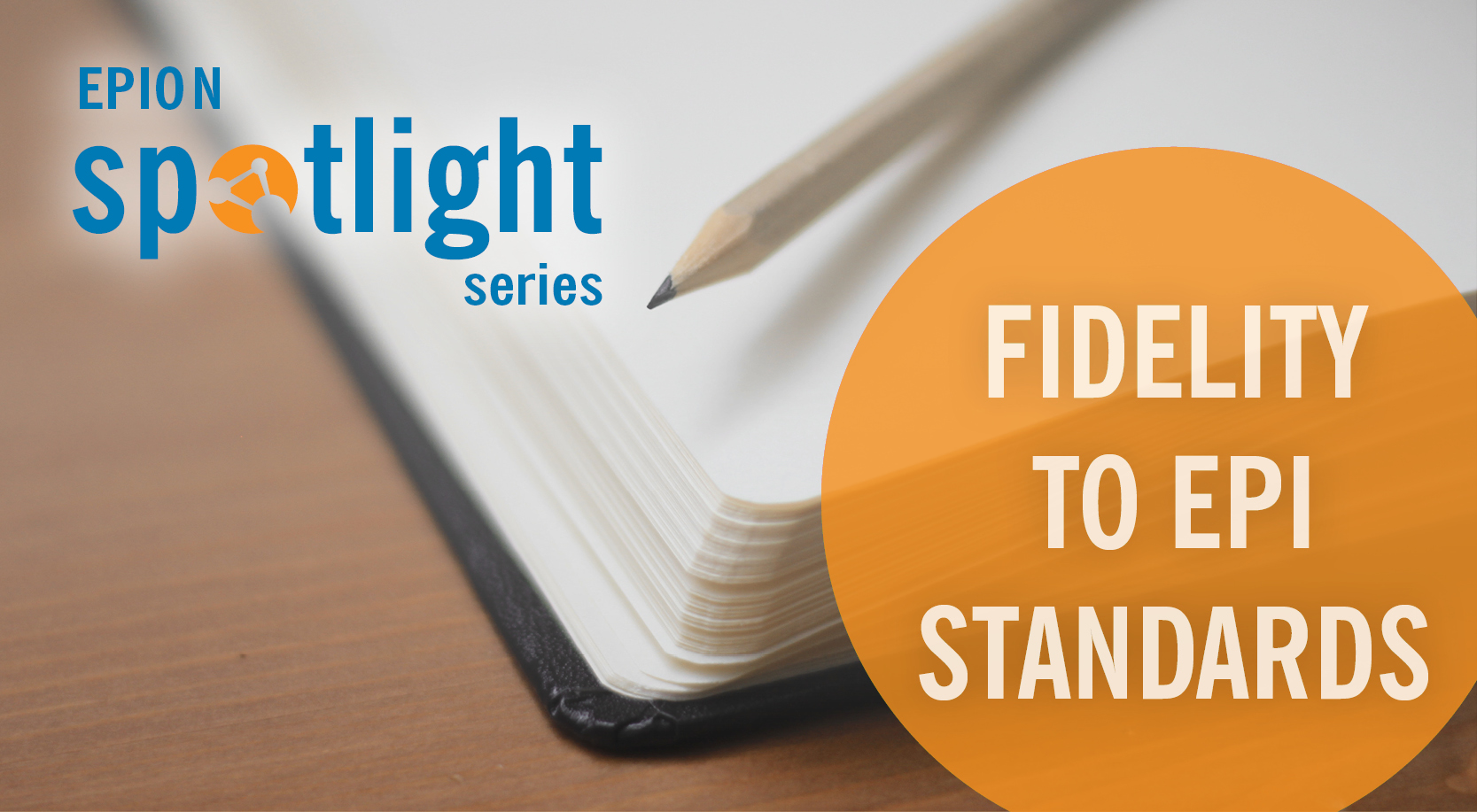 The Standards Implementation Steering Committee (“The SISC”) is excited to spotlight the hard work of all the people who have been and are currently involved in EPION’s Fidelity project. Over the next four weeks we are going to be taking you along for the ride while we answer the who-what-where-why-how, wrap up the initial pilot, submit our final report, and prepare for the next phase. 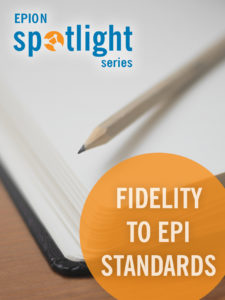 What is the fidelity pilot and why are we doing it?

The SISC is one of EPION’s working groups. Since 2011, we have been working to support the implementation of the EPI Standards to ensure the highest standard of care is being provided to EPI clients across Ontario. Our committee includes representatives from EPI programs, the Ministry of Health and Long Term Care, the LHINs, CAMH, EPI clients and EPI family members.

In 2012 and 2014 the SISC conducted two provincial surveys to hear from programs about their experiences implementing The Early Psychosis Intervention Program Standards in Ontario. These surveys identified some of the creative and innovative work being done in EPI programs and also highlighted some areas where more support is needed to meet the Standards. You can read more about the survey results here and here.  Of note, four of the six key findings that were highlighted in the survey results included the need for monitoring, evaluation, networking and accountability. This is where fidelity assessments can help!

Fidelity Assessments, what are they?

The purposes of the fidelity assessments are to understand how well programs are upholding the standards and doing what the EPI provincial standards have outlined as best practice. Easy enough right? According to Sandy Brooks, one of the SISC’s Provincial System Support Program (PSSP) Assessors, who speaks passionately and excitedly about fidelity:

“You can have the best programs in the world, but if they aren’t implemented with fidelity then you cannot link the outcomes to how the programs are functioning.”

The assessment scale used by SISC is the First-Episode Psychosis Services Fidelity Scale (FEPS-FS; Addington, 2016) created by Dr Don Addington. This scale consists of 31 fidelity items that are organized into five main domains; these domains include: 1) access and continuity; 2) team practice; 3) assessment and care planning; 4) pharmacology; 5) recovery practice. It has been identified by both the programs assessed, and the assessment teams that the process can be challenging, intense, as well as a learning curve. Ten programs were assessed in the pilot. Each assessment, took on average, a total of 159 hours of staff time for 3 assessors, approximately 2 days to for the program to prepare for the assessment and 2 full days to host the assessment.

Despite the magnitude of this process, the feedback has been overwhelmingly positive. Jennifer Jackson whose program, Heads Up!, was assessed, noted that the results did not come as a surprise to the team, “This is a challenging area to work in and it was reinforcing to the staff to highlight the things that the program does well as well as acknowledge the common struggles experienced by many programs”.

Josette Morin, coordinator of the North East Regional Program and a fidelity assessor has “always been interested in what other programs and positions are doing, and this process allowed me to do that.” This sentiment was echoed by Jennifer who indicated that it was “like getting a sneak peek into a program.”

A common theme that was identified by both the programs and assessors was that the process was validating, reenergizing, motivating and a good reminder of good work we do and why we do it.

Overall, we have four experienced assessors returning to the project, and approximately eight new assessors who have expressed interest in becoming trained for the second round of assessments (keep an eye out in October for updates on the fidelity assessment team and the training). Finally, seven programs have signed up to receive assessments.

Stay tuned for the who, how and where!