Quality of Care in Ontario Early Psychosis Intervention Programs: an Update after the Second Round of EPI Fidelity Assessments 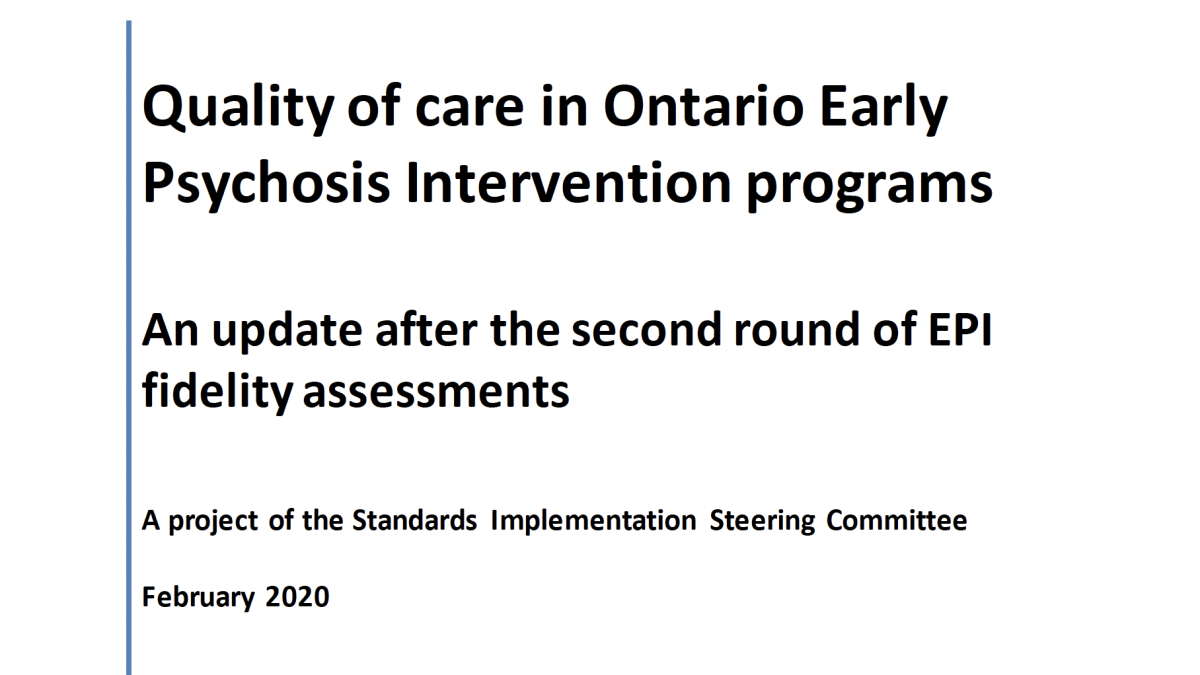 Fidelity assessments measure the extent to which delivery of an intervention adheres to the standards, guidelines, or protocol that characterize it. Fidelity assessments can guide program improvement and provide a common standard for assessing quality of services delivered across a sector. In 2016, an EPI fidelity scale was published (Addington 2016).

The pilot provided an opportunity to develop and implement a fidelity review protocol using the new scale, assess feasibility and value for Ontario EPI programs, and begin to assess the current state of practice in EPI programs.

The pilot, conducted during 2017, included nine programs and 20 volunteer assessors. While some feasibility concerns emerged, programs and assessors were both very positive about the value of the assessments. Many program delivery strengths were identified as well as some improvement opportunities. Additionally, suggestions were made for improving the review process. See the Fidelity Pilot Study Report for full details on the pilot results.

Based on the success of the pilot, a decision was made to conduct a second round of fidelity assessments. A number of refinements were made to the protocol based on pilot feedback.

During this second round, seven programs were assessed.

About the new report

The new report presents the findings from a second round of fidelity assessments. A number of refinements were made to the protocol based on pilot feedback. During this second round, seven programs were assessed.

This brief report includes the combined results from both rounds of fidelity reviews.