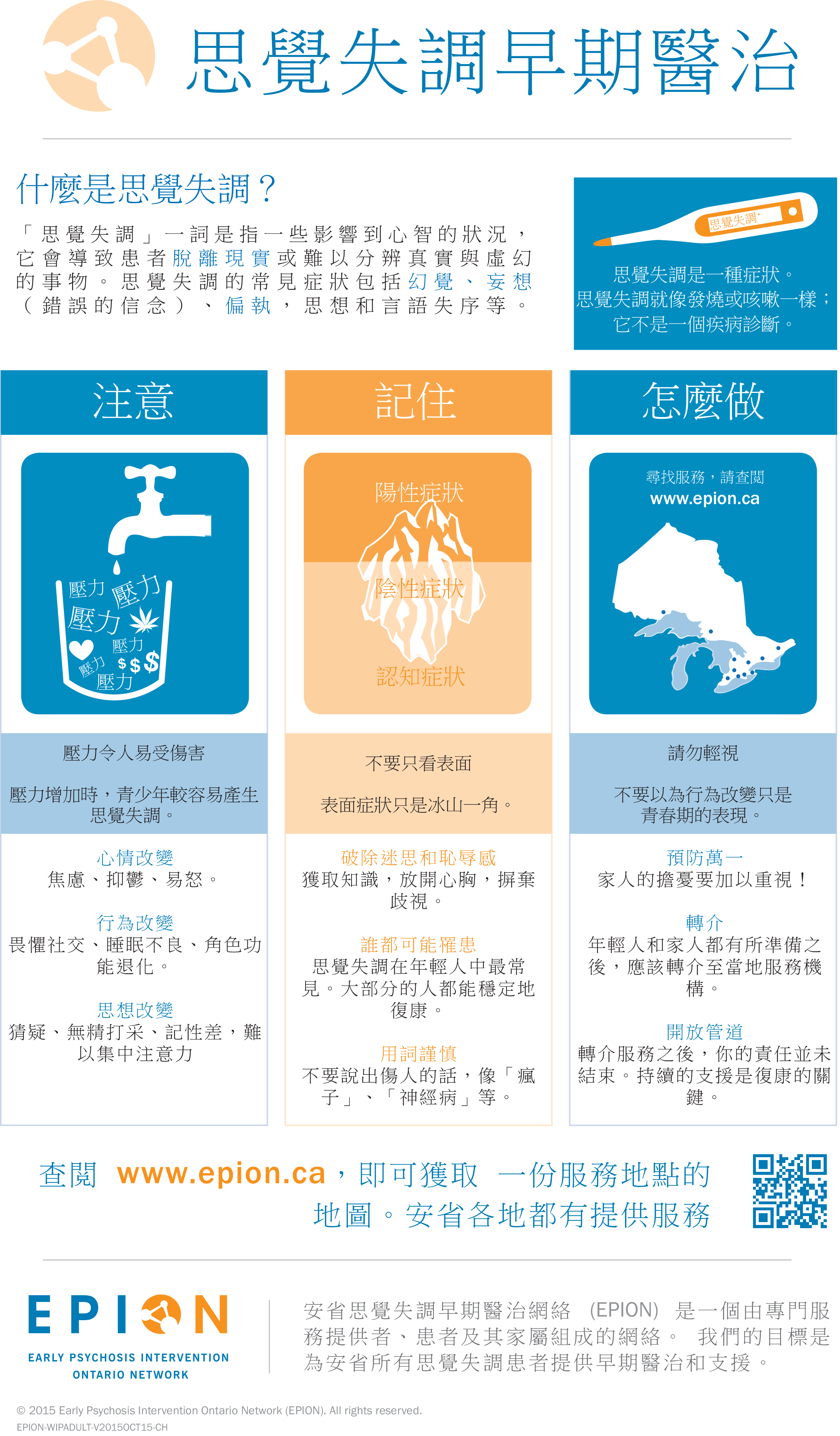 The Early Psychosis Intervention Ontario Network (EPION) has developed infographics to highlight basic information about psychosis and early treatment. The target audience is those who work with people experiencing a first episode of psychosis, as well as family members, stakeholders in education, health promotion, and health care.

Two infographics are available. The first infographic is most helpful for youth, and highlights the causes and age of onset, where to get help, and the road to recovery. The second infographic is geared to support persons, and describes what psychosis is, the signs to watch out for, and what to do if someone you know has psychosis.

UPDATE: October 29, 2015
These infographics have been redesigned with our new logo, and translated into the following languages: